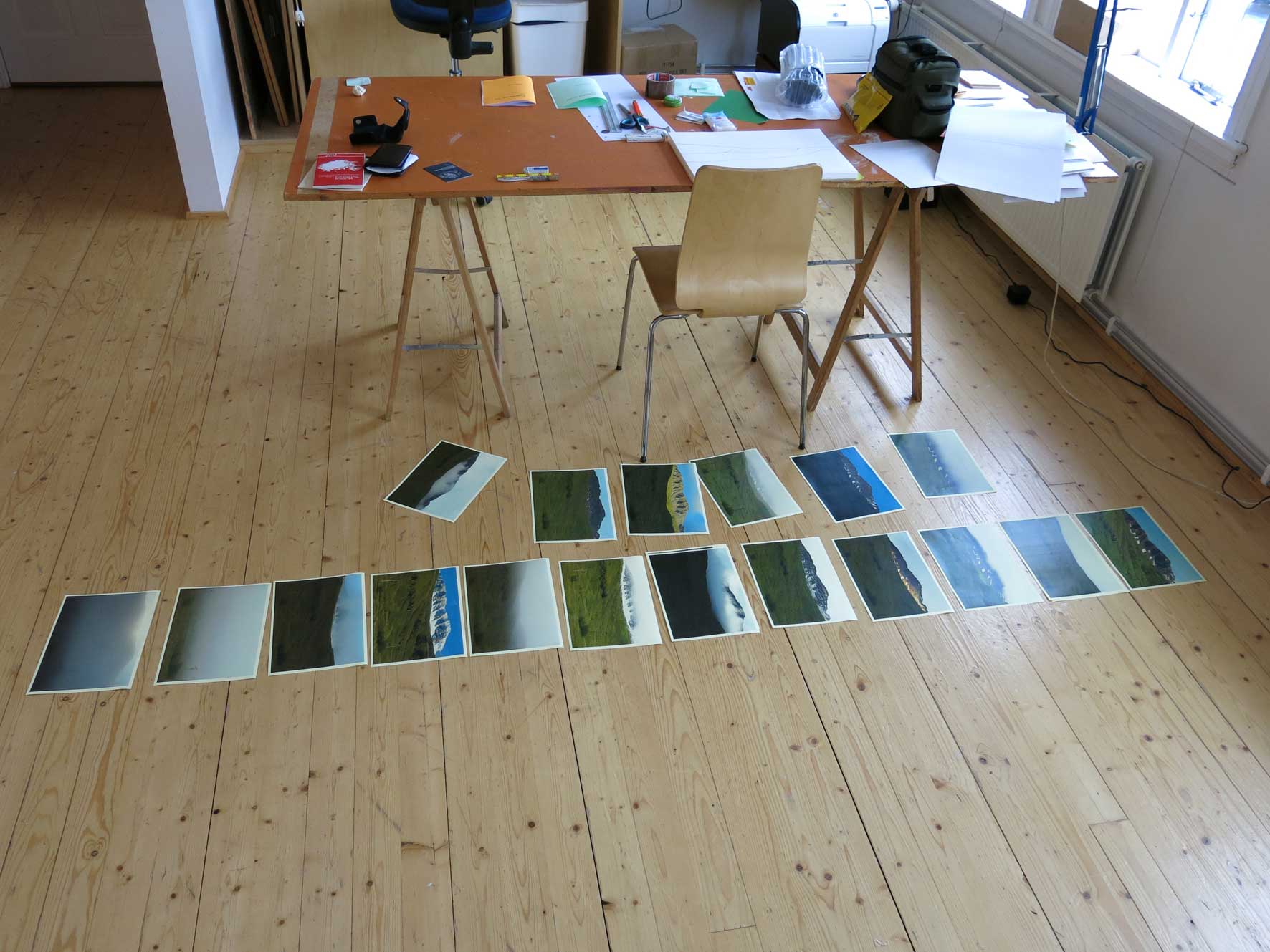 Danish artists group A Kassen have been invited to stay as Artists-in-Residence from June to July at Skaftfell. The residency programÂs objectives is to facilitate circumstances for artists to experience, reflect and explore new angles to their artistic work in a creative and inspiring environment.

Parallel to the residency A KassenÂ´s projects will be presented in SkaftfellÂs main exhibition space from June 17 Â September 1.

While preparing for the trip A Kassen did some research on Icelandic nature and culture. To their surprise the artists discovered that in the south of Iceland is the largest banana plantation in Europe. The plantation started in 1951 as fundamental research and is now led by the Agricultural University. They crop around 100 -120 cluster a year, on 600-700 square meter area, by using geothermal energy to heat up the green house and natural sunlight. The artists found this very interesting in juxtapose the aluminium industry that thrives in East Iceland where around 360.000 tons of aluminium is processed yearly by using hydroelectricity, harnessed from two rivers.

Bananas and aluminium share the facts that both are aliens in Icelandic nature however they have found their way to the country by different means and distinct Icelandic nature is harnessed to fabricate them. With this as a starting point A Kassen will continue to research and develop their work during the period. Consequently the exhibition will evolve and a reception will be held July 27 when the residency stay concludes.

The artists went on research trips to familiar themselves with and see up-close the phenomenons. In South Iceland they visited the Agricultural University and studied the banana plantation and how geothermal energy is used there to heat up the green houses. In East Iceland the artists drove up to KÃ¡rahnjÃºkar dam and observed the area where two glacier rivers are directed to accumulate a lagoon to produce hydroelectricity. From there the artists continued to ReyÃ°arfjÃ¶rÃ°ur for a guided tour at Alcoa FjaraÃ¡l Aluminium factory where aluminium is processed with the hydroelectricity from KÃ¡rahnjÃºkar dam. These investigations led A Kassen to make a poster edition with a selection of photographs from the different locations.

A Kassen is a Danish artists group that was formed in 2005. It consists of Morten Steen Hebsgaard, Tommy Petersen, SÃ¸ren Petersen and Christian Bretton-Meyer. They all completed their studies at the Royal Danish Academy of Fine Arts in Copenhagen and graduated in 2007. In May in 2012, A Kassen participated in the Reykjavik Arts Festival with a solo exhibition at Kling & Bang gallery. Last summer the group participated in the exhibition “Secret Garden” on Old Holtegaard, Denmark, and at Gallery Nicolai Wallner, Copenhagen in April 2013. Up ahead is an exhibition in Centre Pompidou, Paris in February 2014. For more information see www.akassen.com

The project is a done in collaboration with the Technical Museum of East Iceland and with assistance from the Icelandic Agricultural University and Alcoa FjarÃ°aÃ¡l.