Skaftfell welcomes three artists-in-residence for March with an open artists talk Thursday March 9 in the Bistro. Mary Hurrel (UK), Uta Pütz (DE) and Tzu Ting Wang (TW) each have 20 minutes to give insight to their practise and current research topics. The talk begins 16.30 sharp and will be in English. 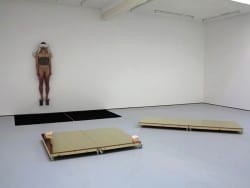 Mary Hurrell works with performance and sculpture to explore choreography of the body, space, sound and object. Exploring the embodiment of psychological and emotional states, the sensual and synaesthesia. The work shifts in constellations of stasis and motion, sound and silence, absent and present physicality. Hurrell graduated from BA Dance and Visual Arts, University of Brighton (2004) and MA Sculpture, Royal College of Art (2011).

Uta Pütz was born 1969 in Aachen, Germany. She graduated with a diploma in Visual Art from the State Academy of Fine Arts Karlsruhe in 2011 and was master student of Prof. Meuser at State Academy of Fine Art, Karlsruhe, in 2012. Her practice is mainly based on sculpture and photography. Uta is interested in the point of intersection between surface and space, absence and emptiness and the lack of information. 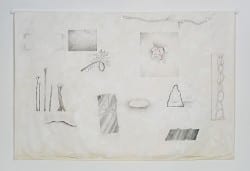 Tzu Ting Wang, b. 1987, in Tainan, Taiwan. Wang`s method of painting is to develop a perspectivism based on emotion. She projects her own sensation, memory and desire on individual object , and depicts the reality that has been transformed accordingly. In this way, she founds it possible to build a dilogue between herself and the objects, and to form a connection toward the surrounding. She perceives the relation of shape and space as the way of processing a portrait painting. visualising characters of people while facing still objects. she also envisage herself as a collector, who distributes roles for objects selected, and composes recurrences of different emotional encounters in a metaphorical sense.