Home » 2010, Past exhibitions and events, Past program 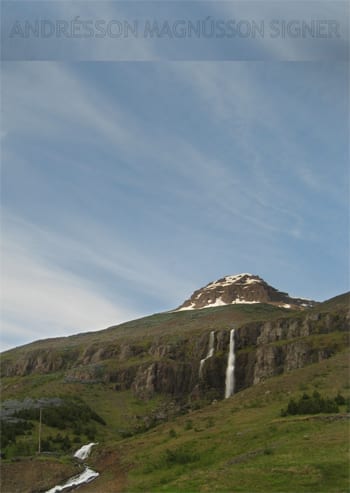 The Swiss artist Roman Signer has been involved with Iceland in various ways during the last years. His works have been exhibited here and he´s been collaborating with Icelandic artists; among them Tumi Magnússon, residing in Denmark and Seyðisfjörður, and Birgir Andrésson, who passed away in his prime in 2007. Magnússon and Signer have realized new works especially for this exhibition and text-works by Andrésson are exhibited.

In and out of the limits (Inn og út um gluggann)

It must be wonderful to see Birgir Andrésson, Roman Signer and Tumi Magnússon, together in one show. One can imagine the expanded field laid out by these three artists who are so different and yet complementary when it comes to redefining methods and their terminology. Birgir Andrésson, who passed away in his prime, in late 2007, was mainly a two-dimensional artist, although many of his exhibits were based on installations of various kind.

The same can be said of Tumi Magnússon, whose paintings, a decade ago, developed from oils on canvas to elastic photography on adhesive film, stuck directly on the wall. Roman Signer is the only one who could be labelled a sculptor in the broadest sense. His pieces are however very unstable entities, which explode or fall apart due to their innate fragility. Birgir Andrésson came to the limits of the image quite early, when he started deconstructing the two-dimensional format after a fine conceptual beginning.

Andrésson and Magnússon came together through their postmodernistic irony, where the figurative content was either turned into a pure literary description, as in the case of Andrésson, or stretched into anamorphic deformations of false mirrors as in Magnússon’s computerized wall pieces.

Here is where their dead serious humour meets with Signer’s equally postmodernistic instrumentalism, where solid things are blown apart or toppled, in order to show the world as the volatile place it is, where nothing can be taken for granted and appearances are the least of truths. What seem particularly interesting in all three cases, Magnússon’s, Signer’s and Andrésson’s, is their initial loyalty to the form as a frame, which they twist and turn consequently in a perfectly abusive way, apparently in order to turn the commonplace into a hilarious carnival.