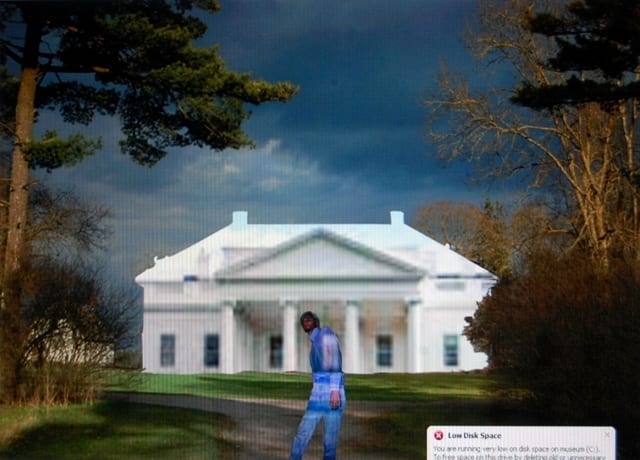 Visual artists based in or being nationals of Norway, Iceland or Lithuania are welcome to apply. Deadline May 24, 2015.

According to the French philosopher Michel Foucault, disciplinary practices can be both symbolic and instrumental in shaping, producing and reproducing behaviour and identity. Many of these practices are ritualised, in the sense that they can be described as series of persuasive or coercive actions, intended to impress specific patterns of behaviour on individuals or groups. Ritualised disciplinary practices are instrumental in learning, and in the production of knowledge. Rituals (both religious and secular) can be observed in a wide range of contexts, from everyday life to public ceremonies, in judiciary and cultural institutions, artistic events and performances. Anthropologists have pointed out that rituals are not only inherited static traditions; they are subject to change, and they can also be creative. New rituals can be generated for relational and convivial purposes, or as part and instruments of the new cultural and creative industries. E-learning, social media and streaming services have affected some of our most familiar rituals, and have created new ones. The notion of ritual itself encloses the creative power of rites of passage. It invokes border crossing and processes of transformation. The transition from one order to another, from a stage in which everything is in its appropriate place to a new one, doesnt happen without conflict and improvisation. The adept has to cross a threshold to enter a transitional stage, in which social life is stretched between the virtual idea of absolute order and absolute chaos and anarchy. The anthropologist Victor Turner viewed this phase as a stepping from a structured social state into an anti-structure, into a liminal space of exclusion, uncertainty and ambiguity. He described ritual as a kind of culturally established pretend play, an imaginary space in which transformative processes are acted out. Turner argued that beyond rituals, anti-structural processes are necessary for all cultural creativity. In literary, post-colonial and cultural studies, the concept of liminality and Turners theory of anti-structure resonate with the idea of being in the borderland, on the threshold of discrete territory, identities and discourses.

The artists-in-residency will be commissioned to produce new works, which will be presented to the public in exhibitions held in Lithuania and Norway. There will be three exhibitions in Lithuania: one in Vilnius (venue to be announced) in January 2016, one in the new NAC exhibition hall in Nida in February 2016, and one at the Ars Communis Residency Centre YO-YO in eimiai in March 2016. The final exhibition will be held in Oslo (venue to be announced) in April 2016.

Eglė Mikalajūnė has worked as a curator at the National Gallery of Art (NGA) in Vilnius, Lithuania, since 2007. She has curated a number of Lithuanian and international art exhibitions, and contemporary art projects in Lithuania and abroad, including the interdisciplinary project Imagining the Absence (presented at The Forgotten Pioneer Movement, District, Berlin, 2014), the exhibitions About Neighbours and Passers-By. Documentations of Performances from the 1970s and 1980s (NGA, Vilnius, 2012), Monuments that Are Not. A Walk around Vilnius (NGA, Vilnius, 2011) and A Million and One Days (NGA, Vilnius, 2010). She publishes articles in the Lithuanian and the international press. She has lectured at Vilnius Academy of Art since 2011.

Samir Mkadmi is a Norwegian visual artist and an independent curator. He has organised, curated and contributed to numerous shows and events in Norway and abroad. He was the curator of Meeting Point [595449N 104344E] (2005), in collaboration with Samira Jamouchi. The exhibition was shown at the Stenersen Museum, and tackled issues such as dictatorship, democracy, freedom of speech, identity, diversity, language, feminism, and postcolonial critique. In 2006, Mkadmi was elected head of the Norwegian national jury (2006 and 2007) with curatorial charge of Hstutstillingen, the largest annual exhibition in Norway. Mkadmi was the curator of the nationwide touring exhibition Recycling the Looking Glass, Trash Art – Found Objects (2008-2010). The show featured many international artists, and was accompanied by a series of seminars on art and ecology. He is currently curator of the touring exhibition In The National Museums Blind Spot (2014-2016), which is coproduced by the Norwegian National Museum and the Office for Transnational Arts Production (TrAP). Mkadmi has published several articles and catalogue essays. He has been a member of the editorial board of the Norwegian Art Review Billedkunst, and a member of the board of Norsk Form. He has led the expert committee for the visual arts and crafts at the Norwegian Art Council, and he is currently a board member of the Norwegian National Museum for Art, Architecture and Design.

There will be four residencies for artists from Lithuania:

There will be six residencies for artists from Norway and Iceland:

A joint four-day-long seminar will be organised at NAC, with all the participating artists, curators, guest speakers, Vilnius Academy of Art students and project coordinators at the very end of September 2015. Residents from Norway and Iceland will be expected to give artists talks at the Kaunas and Vilnius Faculties of Vilnius Academy of Art during the period of their residencies in Lithuania.

OCA is a foundation created by the Norwegian ministries of Culture and of Foreign Affairs in 2001, with the aim of developing collaboration projects in the cultural field between Norway and the international arts scene. OCA has been responsible for a programme of exhibitions, conferences, lectures and seminars, both in Norway and abroad, involving artists, curators, philosophers and art and cultural theorists. Also, since 2001, OCA has been responsible for Norways representation in the Visual Art section of the Venice Biennale. The foundation aims to be one of the main organs in the contemporary arts debate, through initiatives such as exhibitions, seminars and publications, as well as by providing support to Norwegian artists for their activities in the international art arena.

The Skaftfell Center for Visual Art is a visual art centre operating in the field of contemporary art, on a local, national and international level. Skaftfell is a meeting point for artists and locals, with an extensive exhibition and educational programme, and a residency programme that has an ongoing and active relationship with the local community. Skaftfell plays the leading role in the east of Iceland in presenting visual art, and providing information, assistance and education on art and art-related subjects. Over the years, Skaftfell has hosted a large number of exhibitions of work by national and international artists in the 156-m2 gallery space on the second floor.

The Ars Communis Residency Centre YO-YO is a non-profit organisation, founded in 2002 and based on the eimiai Estate. Its activities consist mainly of organising art education and cultural projects. The nature of the projects usually reflects the politics of Lithuanian culture, the cultural heritage and rural social issues. The organisation operates as a project-oriented platform that facilitates a multifaceted approach to artistic practice and research. The estate itself, in which the projects are placed, offers a unique window for artists to immerse themselves in history, which seems to always be in the making.

Visual artists who are nationals of or who are based in Norway, Iceland or Lithuania are welcome to apply. Collaborative teams can apply, with the understanding that only one artists grant, one production grant, one studio and one living space will be allocated to each team. The working language of the programme is English.

Five participating artists will be selected after an open call by the curators and residency hosts. Another five will be invited. Applicants will be selected on the basis not only of their work and exhibition history, but also on their specific proposal for Climbing Invisible Structures.

Application documents (preferably in one PDF or DOC file) should be sent to: [email protected]

Only electronic applications are accepted. Please write Climbing the Invisible in the subject line. Attachments must not exceed 10 MB.

Skype interviews with shortlisted artists are planned for 15-17 June 2015.

Final decisions will be announced 22 June 2015.

Each participating artist will receive a 2,400-euro artists grant, free housing, travel expenses to and from the residency, seminar and exhibition sites, and a production grant of up to 2,800 euros.

For more information on the practical aspects of the programme, please write to the project manager Rasa Antanaviciute [email protected]

For more information on the facilities of the residency hosts, please visit their respective websites.