Current artists-in-residence will host open studios and present works in progress as a part of the Visual Art Day.

Morgan Kinne, and the artist duo Curtis Tamm and Hermione Spriggs will show their works-in-progress in the Bookshop-projectspace from 17.00 to 20.00, and at the same time Ann Carolin Renninger will present her studio work in Dreamhouse residency, Norðurgata.

Ann Carolin Renninger was born and grew up in Glücksburg at the Baltic Sea, now living and working in Berlin. Coming from the field of documentary filmmaking, her work today shifts more and more towards the printed space with the attempt of combining both. During the open-studio-day you are invited to have a look into the process of her archival-project Les Choses and to see her left-handwriting-exercises Manifold.As well you will have the opportunity to see some of her Super8-short filmworks (in progress): Left of the fir-tree, Sandwig and Lago. 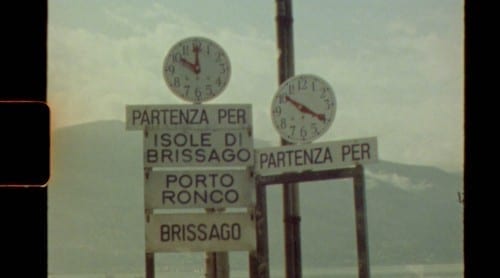 Morgan Kinne is a sculptor from Charleston, South Carolina (USA).  Through art, she searches for the relationships between people and objects that give life and meaning to the environment.  A minimalist at heart, she pursues beauty.

With an eye for the unlikely and ineffable, artists Curtis Tamm (USA) and Hermione Spriggs (UK) reopen the unseen cinematic and textual archives of George Walker. Through a collaboration with the Geology Center at Breiðdalssetur, the artists work with Walker’s archive as a way to engage the literal and metaphysical implications raised by the groundbreaking work of this scarcely known geologist.

It takes more than guts to peer into an erupting volcano… Or to stand beside a river of lava moving at 40mph… Or to gaze at a cloud of tephra larger than any skyscraper. It could even be said that in doing these things it’s not just the earth’s stomach that you witness but your own insides, your human guts and sense of scale. During the later years of his life, George Walker turned to investigating active volcanos as a way to perpetuate and develop the then little-known science of rheology (the study of fluid dynamics). Walker used cinematic technologies to record his rigorous explorations of lava flow, and only now have his films been rediscovered and preserved for the public to share in his life’s work. 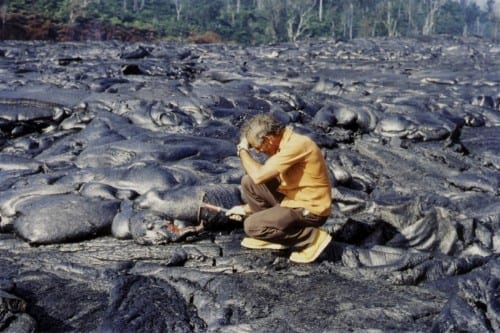