Home » 2015, Artists-in-Residence, Past exhibitions and events, Past program 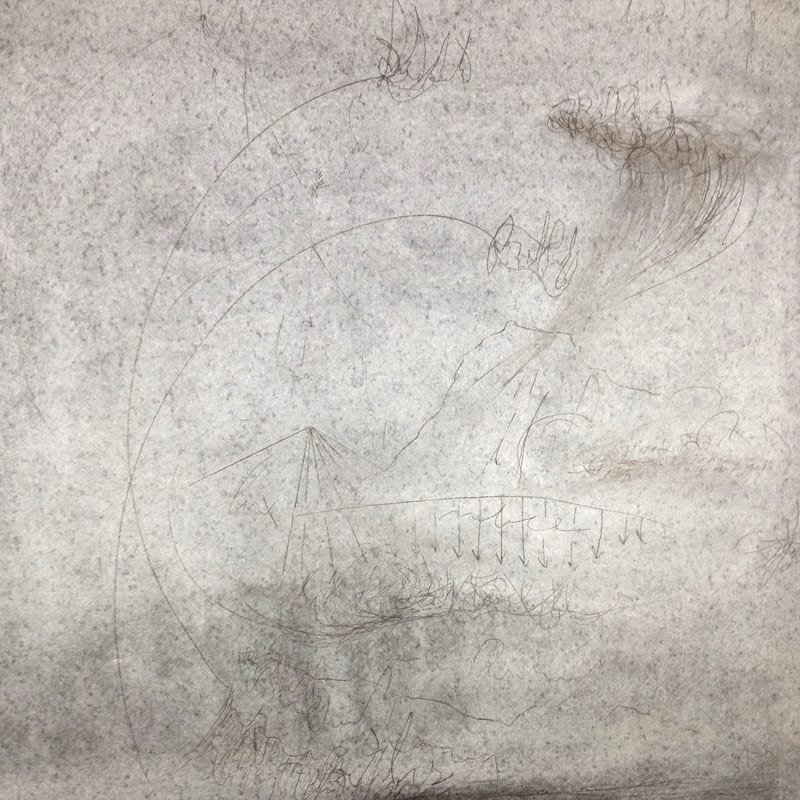 Opening Tuesday September 16th from 6pm – 8pm at the Bookshop-projectspace

Seyðisfjörður Suite is a series of nine drawings.

These drawings, executed in lead, silver and chalk on vindpappa (a black windproof house wrap), were executed over a period of six weeks at Hóll, the Birgir Andrésson House in Seyðisfjörður.

In fog, mist, or low-light situations, the mind compensates for missing visual information by patching holes with memory. Similarly, a drawing can evoke a place without picturing it.

Seyðisfjörður Suite is a series of impressions and evocations remembering a place that no longer exists.

I draw because it does not discriminate between any form of thought. I use drawing for its proximity to cognitive action, and because it privileges the gestures of writing.  My drawings meld acts of writing, annotation, schematizing, mapping, note taking, drawing from observation, drawing from memory, ‘taking a line for a walk’, and so on.

Richard Hoglund, b.1982, lives & works in Paris. He attended the School of the Museum of Fine Arts in Boston and received his MFA at the cole Suprieure des Arts Dcoratifs de Strasbourg. He studied Poetry at the Univerzita Karlova in Prague and Semiology at the Massachusetts Institute of Technology. More recently, Richard was selected by Tacita Dean to participate in her workshop at the Fundacin Botn in Santander.

Awarded the Prix Jeune Cration in Paris in 2006, Richard’s work has been the subject of exhibitions at the Mamco in Geneva, Tte in Berlin, La Gnrale in Paris and the National Gallery in Sofia. His work will be included in an upcoming exhibition concerning iconoclasm at the Saatchi Gallery in London.