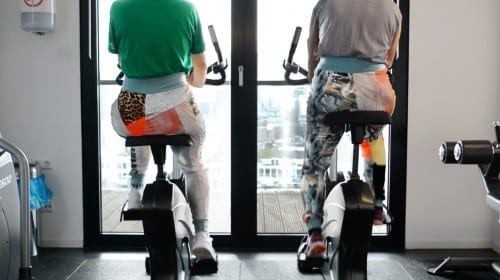 Anna Łuczak born in Lodz, Poland, is a visual artist based in Rotterdam since 2005. Graduated from Willem de Kooning Academy, BE, (2005-09) Piet Zwart Institute in Rotterdam, MFA (2011-13) and van Eyck Academy in Maastricht (2017-18) in the Netherlands. She works with video, often in combination with spatial elements. In her installations, Łuczak takes on the subject of personal interpretation of historical and current events. She attempts to understand how, through the use of various types of archival and contemporary images as well as their subjective selection, a collective memory is built.Her work has been shown at CSW Zamek Ujazdowski (Warsaw), TENT (Rotterdam), Lokal_30 (Warsaw),W139 (Amsterdam), Swimming Pool (Sofia)

Angelica Falkeling is born 1988 in Degerfors, Sweden. They live and work in Rotterdam as a visual artist and sometimes freelance as a costume designer. They graduated with a BFA from Malmö Art Academy and International Academy of Art Palestine in 2014 and an MFA from the Piet Zwart Institute in 2017. They make performances, textiles, installations, moving images and write texts. They are concerned about the economical and ecological aspect of artistic production from an intersectional point of view in the scale of the domestic. Their work has recently been part of Kitchen Economies at Cripta 747 in Torino, Teaser, Tormentors and the Infinite Dog in collaboration with Madison Bycroft at CAC Brétigny in Paris, In Watermelon Sugarat Poppostions Off-Fair in Brussels, and History will be kind to me, for I intend to perform itat PALS & Fylkingen in Stockholm.

Dana Neilson is a Helsinki based artist. A photographer by education her practice also includes ceramics, sculpture and video art. The overarching theme is her work is the relationship humans have with their environment and how our physical world influences our interior selves. At the moment her main points of inquiry are what’s natural about human nature? Order vs. disorder (culture vs. nature) and ceramics from scratch. She is a recent graduate from Aalto University’s Visual Culture and Contemporary Art Masters program.  Her work has been exhibited in Europe and Canada. While Artist in Residence at Skaftfell she plans on continuing research on the use of raw materials (rocks and metals) in ceramic glazes, pushing the possibilities of everyday materials that are found on the street, beach or hillside. The final outcome will be ceramic portraits of Seyðisfjörður and surrounding area. 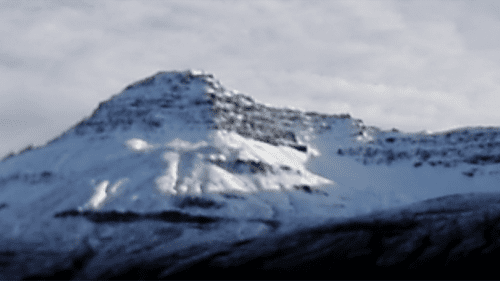 Tuomo Savolainen works primarily with installation, video and sound. His work deals with expectation, preconceived ideas, the obviously unexpected and humor, whether it’s funny or not. He creates films in unanticipated formats as well as farfetched installations of geological, meteorological and cultural phenomena. In Skaftfell he is working with a video that deals with different variations of the color that can be perceived in the sea and surrounding mountains. He is creating a visual presentation of these color variations by filming and photographing the sea and mountains every day at a fixed time and place.

Nathan Hall uses music as an artistic medium to explore a variety of fields including science, nature, the fine arts, history, and sexuality. Many of Nathan’s works are based on his travels, mapping out a geography of his experiences while taking the listener on their own personal journey. He is a former Fulbright Fellow to Iceland, and has a Doctorate in Musical Arts from the University of Colorado, Boulder. He currently lives in Denver, Colorado.
For Nathan’s residency at Skaftfell, he plans to document sights, sounds, and activities in Seyðisfjörður and East Iceland, and use those moments as inspiration for a new set of small works in sound, music, and video. He is working on interpreting elements of nature and landscape into musical graphic scores, which can be admired as visual art but also performed as music.

Philipp Valenta studied Fine Arts at the Bauhaus-University Weimar and the Academy of Fine Arts Münster. After that he did a Masters Degree in Jewellery and Metalsmithing at the University for Applied Sciences in Hildesheim. Currently he is doing a Masterclass at the Academy of Fine Arts in Brunswick.
Valentas main theme in his artistic work are the questions of generating and experiencing values in our society. He works in multiple media an often site-specific.
For his project in Seydisfjördur the artist will collect data from the Icelandic economy over the last decades to transform this into a graphic music score. With ten years past since the credit crisis in 2008 this work creates a musical composition about Iceland, through the lens of its (shaken up) economic system.