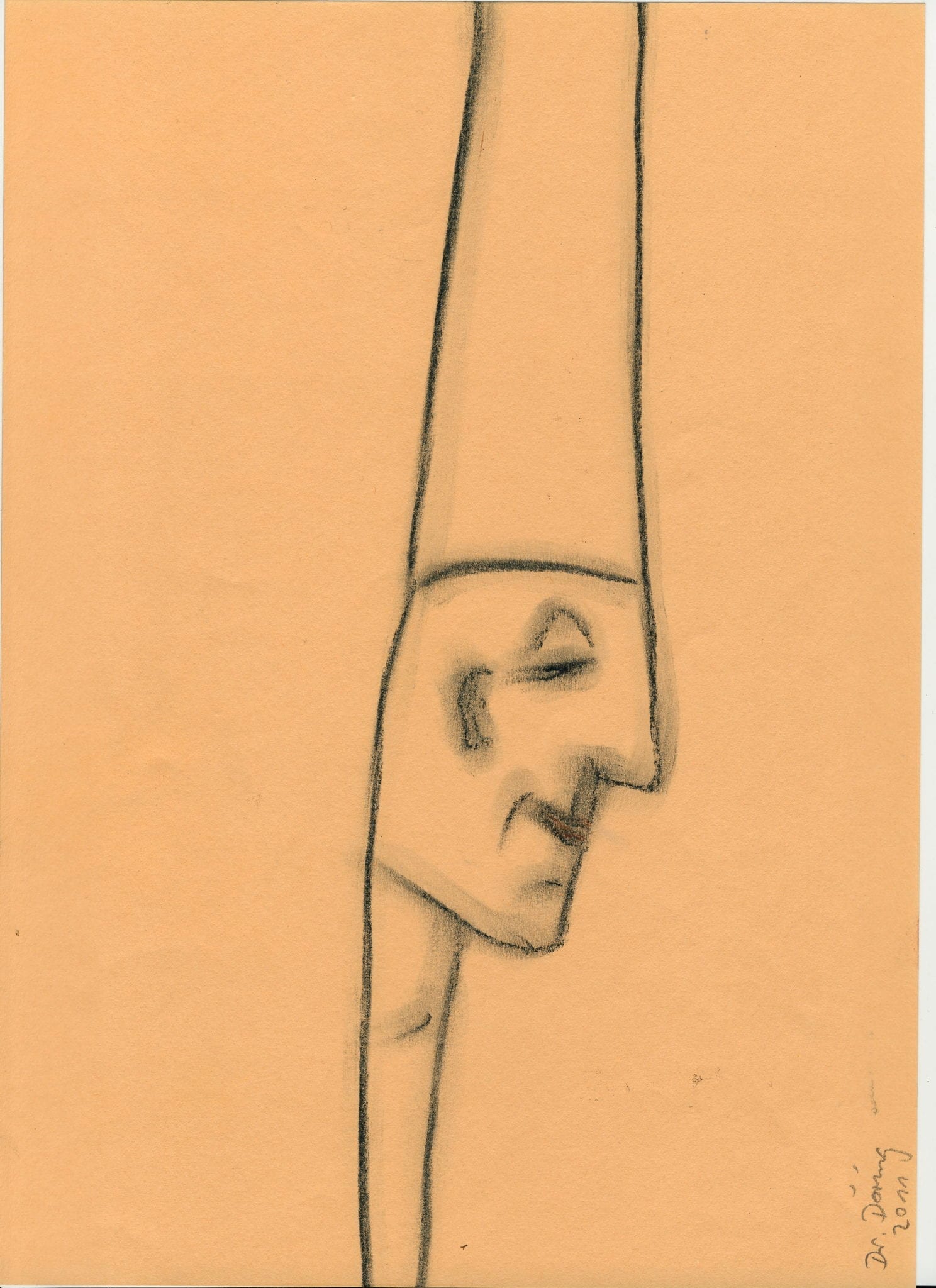 In both exhibitions Roger will show a repetitive drawing series, of the character ‘Efendi’. By “the Complete Works”, the artists implies that seemingly different aspects of his work are entirely connected although the medium of expression varies between drawings, music, poems, stories, acting, video etc.

Roger DÃ¶ring is currently in SeyÃ°isfjÃ¶rÃ°ur to work on new material for a coming record release. As a musician Roger is a member of Dictaphone, working with Imre Thormann (Butoh dance), mosermeyerdÃ¶ring, Konrad Korabiewski as well as making music for films, theatre and dance, and working as an actor.

Gallery and studio Hof is located at ÃrstÃ­gur 6 and is run by Konrad Korabiewski.