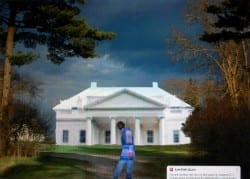 According to the French philosopher Michel Foucault disciplinary practices can be both symbolic and instrumental in shaping, producing and reproducing behaviour and identity. Many of these practices are ritualized, in the sense that they can be described as series of persuasive or coercive actions, intended to impress specific patterns of behaviour on individuals or groups. Ritualized disciplinary practices are instrumental in learning, and in the production of knowledge. Rituals (both religious and secular) can be observed in a wide range of context, from everyday life to public ceremonies, in judiciary and cultural institutions, artistic events and performances.

Anthropologists have pointed out that rituals are not only inherited static traditions; they are subject to change, and they can also be creative. New rituals can be generated for relational and convivial purposes, or as part and instruments of the new cultural and creative industries. E-learning, social media and streaming services have affected some of our most familiar rituals, and have created new ones.

The notion of ritual itself encloses the creative power of rites of passage. It invokes border crossing and processes of transformation. The transition from one order to another, from a stage in which everything is in its appropriate place to a new one, doesn’t happen without conflict and improvisation. The adept has to cross a threshold to enter a transitional stage, in which social life is stretched between the virtual idea of absolute order and absolute chaos and anarchy.

The anthropologist Victor Turner viewed this phase as a stepping from a structured social state into an anti-structure, into a liminal space of exclusion, uncertainty and ambiguity. He described ritual as a kind of culturally established pretend play, an imaginary space in which transformative processes are acted out. Turner argued that beyond rituals, anti-structural processes are necessary for all cultural creativity. In literary, post-colonial and cultural studies, the concept of liminality and Turner’s theory of anti-structure resonate with the idea of being in the borderland, on the threshold of discrete territory, identities and discourses.