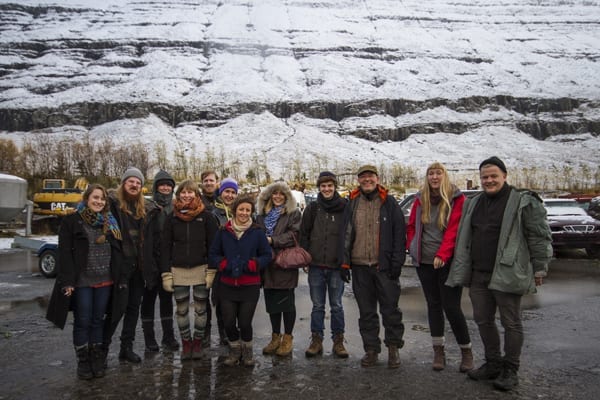 Students from the fine art department at the Iceland Academy of the Arts have arrived for the second time this year to participate in “Workshop Seyðisfjörður”. This is the fifteenth workshop held in Skaftfell and is guided by Björn Roth and Kristján Steingrímur.

The duration of the workshop is two weeks and during that time students will share photographs from the process on lhisod.tumblr.com.

The workshop concludes with an exhibition opening Saturday November 1 at 16.00 in the Skaftfell gallery. On exhibition at new works produced over the period.

Workshop collaborators are the Iceland Academy of the Arts, Dieter Roth Academy, the Technical Museum of East Iceland, Stálstjörnur and various local partners.